Pierre Burggraff: Professor at the university of Liège (Belgium)

Petrus, Peter or Pierre was born on 28th July 1803 as the second child of the married 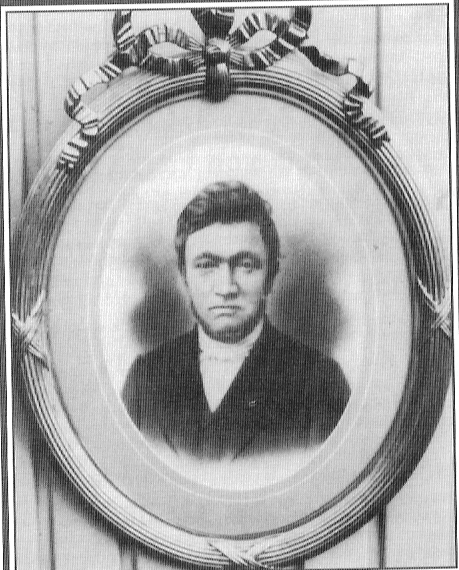 coupleNikolaus Bourggraff and Anna Valentini in Trotten (Luxembourg).His great-grandfather Joannis Bourggraff is Nikolaus Bourggraff-Kramp´s brother.Peter was able to read when he was only 9 years old and without having visited a school. He lived at his maternal godfather´s house, Chaplain Valentini in Oberbesslingen from 1810. The chaplain has founded a private school, the Besslinger academy, where he taught up to 60 pupils. Peter certainly came to know his distant relatives, who had married into Oberbesslingen in the 1770ies, they were descendants of Michel and Johannes Peter Bourggraff, whose father Nikolaus was originally from Trotten.

Peter learnt not only to read and write but also Latin and moral theology from his uncle. In 1825 he registered into the seminary at Liège. At that time godchildren of priests were often encouraged into religious studies. In 1826 he began to study theology and philosophy at the Collège philosophique at the University of Louvain (Belgium). In 1828 Pierre (as he is called in Belgium) moved to Bonn (Germany) where he continued his studies and also studied Hebrew and Arabic. One of his fellow students is Dr. Stehrens who would later found the Lycée classique Diekirch. In 1831 he was appointed “Lieutenant adjudant major de 1er ban de la garde civile du canton de Clervaux” by the Belgian state. In 1833 Pierre was proclaimed “Docteur en philosophie et des letters avec beaucoup de distinction” at Louvain. At that point he didn´t take the priesthood into consideration anymore. Little later he registered into the Sorbonne at Paris and studied Arabic, Turkish and Persian. In 1837 he was appointed associate professor at the University of Liège and taught oriental languages and literature. The young professor received further appointments and tasks: In 1852 he became dean of the faculty of philosophy and letters at the University of Liège and in 18 55 he there became a full professor. In 1863 he published his only book: Principes de grammaire générals ou expositions raisonnées de language.On 8th September 1865 Pierre Burggraff was appointed “chevalier de l´ordre de Léopold” by the Belgian King Léopold II. In 1872 he was admitted by royal decree to the “éméritat” and received an annual pension of 7000 francs, a considerable sum at that time. Pierre Burggraff died on 17th July 1881 in Liège (rue des Guillemins, 19) at the age of 78. His remains were taken to Ulflingen (Luxembourg) by high-speed-railway and buried at the cemetery of Trotten on 20th July. The University of Liège received all his grammatical and oriental books, the Lycée classique Diekirch all the other books from his library.